Sighting The Lizard at Last

Without a mast, the boat was riding safely a-hull, occasionally getting hit by a breaker that soaked the deck and rolled us heavily. Having got the second piece of the mast aboard and cleaned up below I had a good breakfast and set about erecting a jury mast. I had to get away from that unpleasant part of the ocean. A sight later in the day showed I had reached the edge of the Sole Bank where the Atlantic shallows down from 2,200 fathoms to 60 in 10 miles or so. 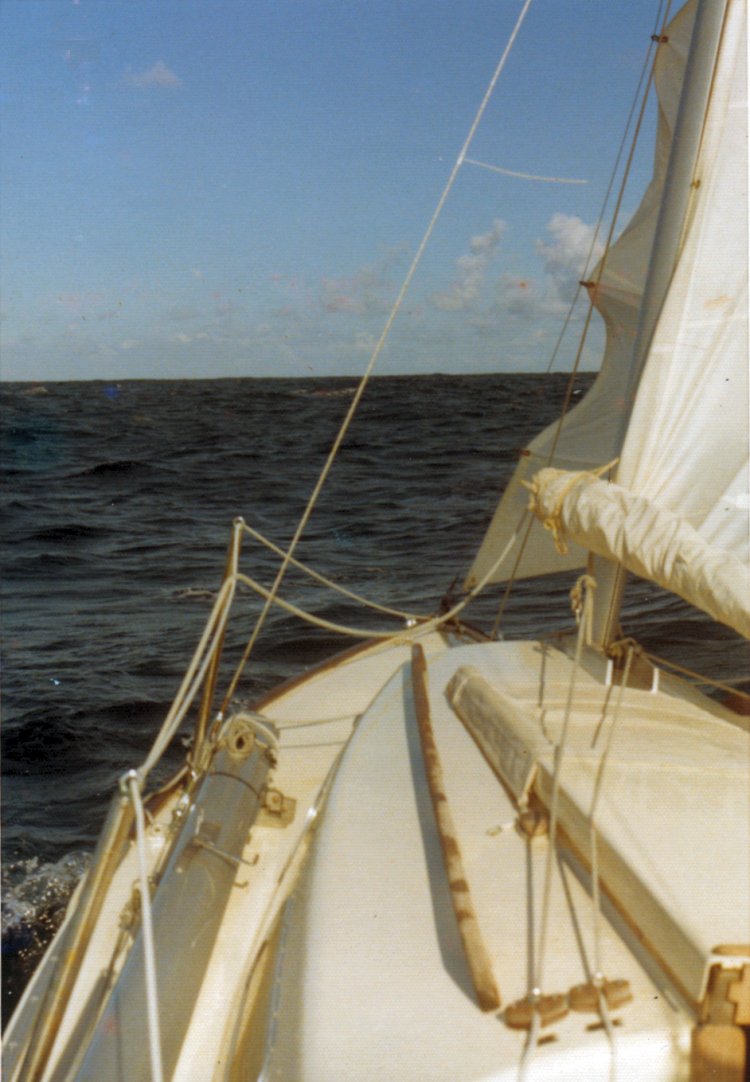 By sawing a couple of inches off the longer upper part of the mast I was able to use the undamaged lower shrouds and a made-up fore-stay to the existing chain-plates. Erecting the thing was another matter. The boat was still rolling violently in the steep seas, and every two or three minutes a wave would break all over the boat’s topsides. An onlooker could have thought I was a comedian doing a funny routine on drunk pole vaulters— as it was getting dark I left it for a good night’s rest. Next morning, wind and sea had dropped considerably, and by tying the foot of the mast into its seat on deck I was able to get it up. The main was rolled up onto the boom until I could get a little tension on the luff and lash the boom (gooseneck broken) to the side of the mast. The resulting sail was very baggy, but we began to move. I hoisted a baggy storm jib and was very happy to find she would steer herself with a beam wind—in fact she wouldn’t point much higher than wind abeam and needed steering down wind. The wind vane had been carried away, bending the stern pulpit severely in the process, so I was grateful not to have to steer continuously. 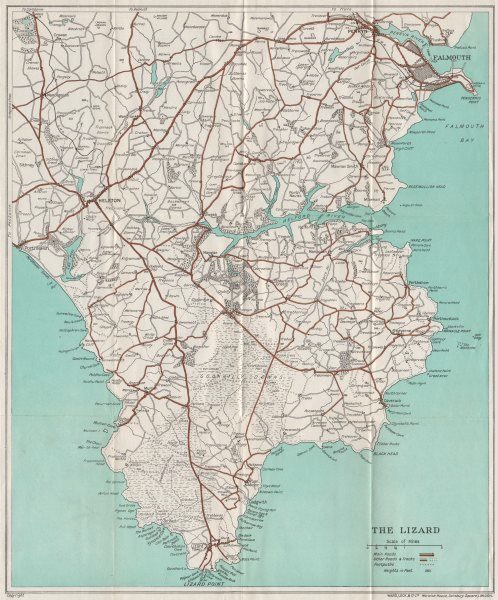 In spite of what I later found to be a good growth of gooseneck barnacles on the bottom and my short rig, I was able to make 55 – 70 miles per day— unfortunately towards France as the wind persisted in the N.W. quadrant.

On the 25th, after spending most of the day within sight of the English coast but unable to point towards it in light north winds, I decided to try to start my outboard motor. Since it had traveled all the way in a lazaret that had at times had four inches of salt water in it, I was amazed that it started at all.

Just as it began to get dark I dropped anchor in the Helford River just south of Falmouth. With green hills all around, seals in the river, smoke curling from the cottage chimneys and sea birds going about their business it seemed the most peaceful place on earth. I slept well!